Fantasy Sports or A Pretend Maze

This week’s episode features one of the best in-office events we’ve seen in a long time. Gary Vaynerchuk’s passion for sports is second to… well someone, somewhere probably, maybe? But this takes things to a new level, where his team has an entire day dedicated to a realistic draft of players for their fantasy sports teams. A half-day of banter, negotiating, decision making, all about something they will remain passionate about, and debating throughout the year, as the season unfolds.

Sure we’ve all seen fantasy sports within offices before, and many offices will have an organizer who coordinates their league, but this level of set up, and atmosphere is something you won’t find in most places. And I think that’s where the true long term value of this kind of things comes from – it’s uniquely committed, and more than just a team building game for the sake of it. It gives Gary, no doubt, a huge insight into the way some of his staff think and work (if he’s paying attention despite all the bad picks he kept making ;)).

Successful team building is about more than just playing some games, going for a beer, or doing some puzzles. It has to be something immersive, enjoyable, challenging and lively. All of those boxes are ticked with this activity. One thing to note is that some people don’t participate. It would be important that other events and activities throughout the business offered similar perks to those who don’t take part, or who have different interests. The good news is there does seem to be plenty of that going on at Vayner with basketball games, and all sorts of activities regularly showing up on the show.

And onto our worst for this week. Well normally we have a lot to say but hopefully this time it’s obvious. One person at a time attempts a maze. It’s a memory game that requires the memory of a fish to solve. I’d fail at the first step, though, to be honest as I’d get fed up watching the people at the front if I were near the back of the queue. In our view this is the kind of thing that gives team building a bad name… I’m struggling to think what lessons or team spirit is being drummed up here as a bunch of people stand silently listening for the beep and, naturally, not interacting at all with the people around them.

Get me back to my desk! Please… 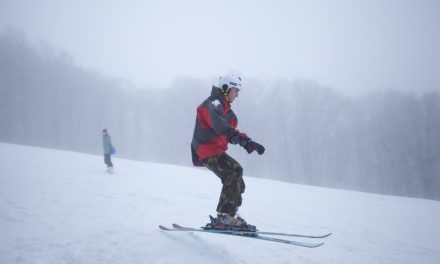 Ski Resorts Or Playing With A Piece Of String: The Best And Worst Team Building